Why Lohri is Celebrated and the significance of Lohri for Sikhs?

Lohri is an auspicious occasion that is celebrated on 13th of January every year. Many people believe that the festival was originally celebrated on winter solstice day, being the shortest day and the longest night of the year.

Lohri marks the end of winter, a time when the sun heads back to the North and stays longer each day warming the ground for the new crops soon to be sown.

Lohri is always associated with Sikhs as it’s their festival and We Sikhs are just following the crowd and celebrating a day. But have you ever asked yourself, What is the significance of Lohri for Sikhs? Why is Lohri an Important festival for Sikhs? Does it have any specific history? Who is Dulha Bhatti wala and how he is linked with Sikhism?

I have tried to explain every question here. So, just another 5 minute of your time and you will understand whether or not Lohri is an Important Festival for Sikhs. Also, it is highly appreciated if you share your views and opinions on Lohri and how Sikhs should go ahead with it.

Why Lohri is celebrated?

Well, there are many reasons of celebrating Lohri. Let’s take it one by one.

Firstly, it is associated with the harvest of Rabi Crop since as per Punjabi farmers, January is a time to harvest sugarcane crops, and therefore it is seen to be a harvest festival. The festival is celebrated all over the Punjab, Delhi, Kashmir and other parts of northern India.

Secondly, the story of Prahalad is associated with Lohri. Prahalad was a great devotee of Parmatma, Waheguru. Lohri and Holika were two sisters. Harnakash ordered Holika to take Prahalad in her lap and sit in the fire with Lohri. Holika vanishes into fire, but Prahalad and Lohri survived. From there, people started celebrating Lohri and burn woods at night and “Pray to Fire” that don’t harm our sons like you didn’t harm Prahalad. Unfortunately, this festival only has importance for boys and girls were considered inferior. People believe that the fire couldn’t burn Prahalad since he was a boy, so in order to pray to fire, it has to be a boy. Strange but true. Sikhism considers men and women as equal. Gurbani says,

Lastly, Lohri is celebrated in remembrance and praise of Dulha Bhatti. Dulha Bhatti, a Punjabi version of Robin Hood, who robbed the rich and distributes the wealth among the poor. Once he rescued a girl who was forcibly taken away and adopted her as his daughter. He then arranged her marriage with the Hindu Boy and gave her a Kilo of Sugar as a marriage gift. He was a hero among the local Punjabis who loved and respect him. Most Lohri songs are sung in praise of Dulha Bhatti which expresses their gratitude to him.

Have you found anything related to Sikhism here? Strange but it is considered as Sikh Festival. Anyways, let’s explore further.

How Lohri is celebrated?

Lohri is celebrated in a true spirit of the culture, Punjabi men and women perform Punjabi folk dances around a bonfire; Bhangra and Giddha are popular among them.

Late in the evening, people gather around the bonfire and throw Gachak, Rewri, Peanut and Popcorn into it and sing folk songs. 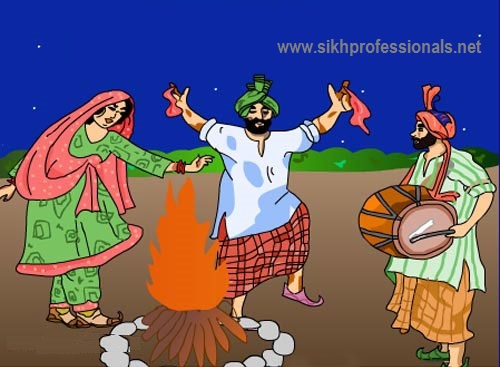 During the day, enthusiastic children visit every house and sing Lohri songs asking for Lohri items and no one turned them back empty handed. These children sing old folk songs about Dulha Bhatti.

The Lohri festival assumes greater significance if there has been a happy event in the family during the elapsed year, like the birth of a male child or marriage.

The day ends with a traditional feast of Sarson da Saag, Makki di Roti and a Kheer.

“Lohri is enjoyed between the harvesting and sowing of this winter crop, with lots of joy by family, friends, singing, dancing on folk songs around the bonfire in the evening.” 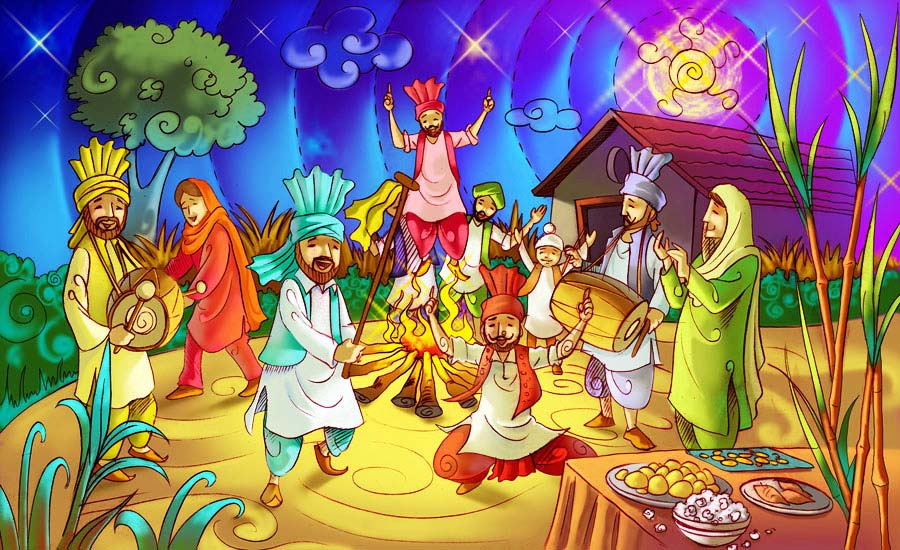 How Lohri Got its Name?

There are many assumptions as to how Lohri got its name. Few people assume that the name Lohri is obtained from ‘Loi’, who was the wife of Sant Kabir. Others believe that the word Lohri comes from the word ‘Loh’ which means the light and the warmness of fire. Some people belief says that the festival Lohri is named after Lohri who was the sister of Holika. It is believed that Holika perished in the fire while her sister survived whereas, some say that the items ‘Til’ and ‘Rorhi’ were merged together to form the word ‘Tilorhi’ which eventually got shortened to ‘Lohri’.

Have you found anything related to Sikhism yet? Any religious significance?

Ok, so let’s get to the point now.

What is the significance of Lohri for Sikhs?

So does it means we Sikhs are just following the crowds and celebrating a day that has no meaning for us? The concept of Lohri goes contrary to the teaching of Shri Guru Granth Sahib Ji. Since, Sikhs do not Worship Fire or Sun. Taking circle around the bonfire and throwing Sweets, puffed rice and popcorn in the fire and praying to Fire to do not harm our son is not the teaching of Guru Granth Sahib (Do read my Article on “Sikhs are not Hindus –Simplified Version”). Sikhism considers men and women as equal, but Lohri is celebrated when a boy is born or married in the family and girls are considered lower in status than boy. So the question comes Should Sikhs continue with this sexist ritual especially as there are so many murders of baby girls at birth in Punjab?

Under Brahaministic (Bipran Ki Reet) influence, we are adopting these rituals which are not according to our Sikh way of life. 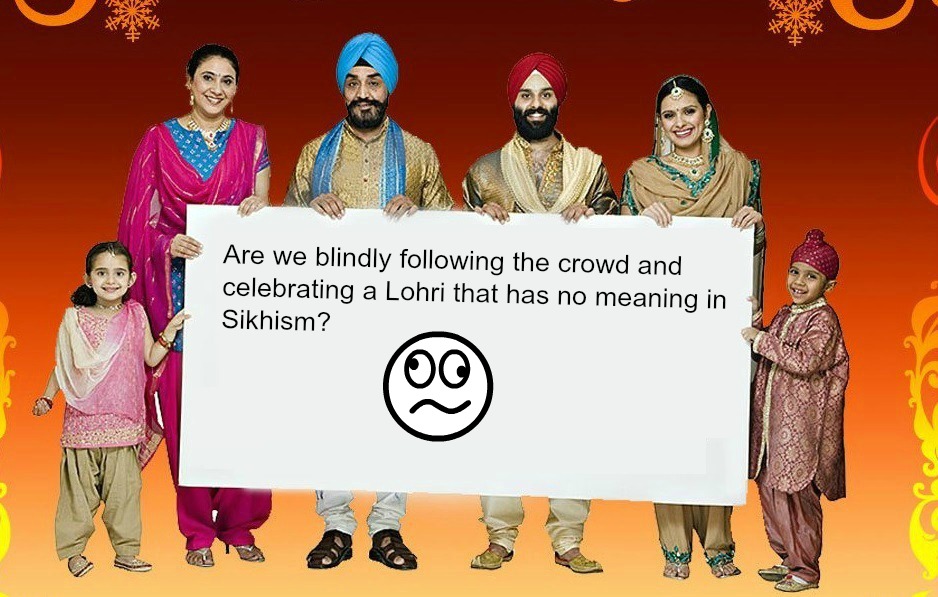 NOTE: The purpose of writing this article is not to hurt the sentimental of anyone or to insult any Faith. It is just to bring the reality to not follow any tradition blindly. We can enjoy and celebrate any festival (even Lohri) but according to the Sikh way of life.