Bhai Taru Singh was one of the Greatest Martyr who sacrifice his life to save the Sikhi. His Shaheedi is very different from others martyrs. His scalp was removed from his head with the Axe, so we can imagine how brave and Contented he was. Bhai Taru Singh was born in Amritsar and was raised as a Sikh by his widowed mother.


His mother was attached with the Sikh principles and the same quality was inherited by him. Bhai Taru singh was taught by his mother that all beings are God creation and we should help and love every one. Bhai Taru Singh take these Words of his mother in his heart and it become part of his life to serve the needy.

How much you know about Bhai Taru Singh Ji? Take the Quiz to test your knowledge!

There are so many qualities in Bhai Taru Singh ji but let’s try to adopt the most easiest one in our life first.

Are you proud to be a Sikh? Do you love Sikhism? Do you live Sikhi way of Life? You might say Yes to first 2 questions, but don’t want to answer the 3rd question. Fair enough! It happens with everyone. But when you say or rather think that you love Sikhi than you should know the actual reason of loving it, and not because you were born as a Sikh, so you love it.

When Bhai Taru was arrested by Zakaria Khan, then he gave him the choice of converting to Islam or having his hair cut off. In reply, Bhai sahib asked him if by converting to Islam could he guarantee that he would never ever die?. If the answer was no, then it’s better to die serving his Guru.

I found this beautiful lines from the internet:

Bhai Taru Singh showed great devotion and a generous nature and believes in the honest living. He worked tirelessly in his fields. Mughal rulers levied heavy taxes on their citizens, especially Sikhs whom they sought to annihilate. Though they had little sustenance left over after paying revenue to the government, Bhai Taru Singh and Bibi Tar Kaur honored their father’s memory and shared generously with their Sikh brethren.

Always live by the 3 major principles in life – Remember God, Earn an honest income and Share your earning with needy and selflessly serve others. 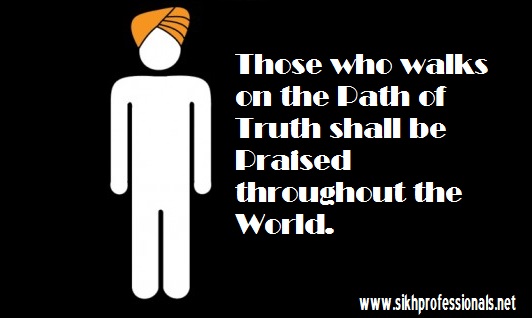 Bhai Taru Singh had the compassionate nature and always keen in helping people in need. One day A Muslim by name of ‘Rahim Bakash’ had a 16 year old unmarried daughter ‘Salma’ who had been abducted and imprisoned by the Mogul commander of Patti. His pleas to the governor Zakaria Khan for his daughter’s release had been denied. ‘Rahim Bakash’ learned of Bhai Taru’s compassionate nature. Fearing the loss of his daughter’s innocence, he journeyed to Bhai Taru’s home and begged desperately for the Sikhs help. Bhai Taru arranged for a squadron of Sikhs in the area to storm the fortress in Patti and recover the girl. The commander who abducted the girl lost his life during the raid to rescue ‘Salma’.

When Bhai Taru Singh and his sister was arrested by Zakaria Khan than the horrified villagers, who loved the gentle souls of Bhai Taru and Bibi Tar Kaur, raised money to pay bribes and arranged for the pair’s release. Bhai Taru accepted their help to free his sister, however knowing well the hardships endured by the local populace, he refused to accept any aid on his own behalf. Instead, he fearlessly faced his Mogul captors. When urged to renounce his faith for Islam or face death, he accepted death.

Like the swan on the lake, death hovers over the body. Kabeer says, meditate on God (Guru Granth Sahib Ji, 325).