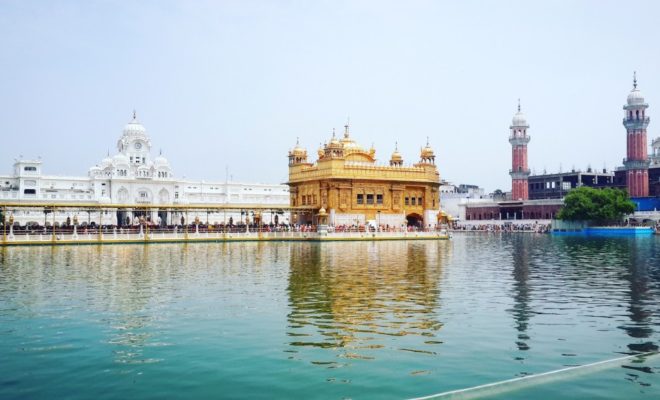 7 Amazing Facts about the Golden Temple

Harmandir Sahib often called as Golden Temple is one of the holiest Sikh shrines situated in Amritsar, Punjab whose beauty is ineffable. Founded by fourth Sikh Guru  Sri Guru Ramdas Ji afterward completed by fifth Guru  Sri Guru Arjan Dev ji, Darbaar Sahib has its own eye catchy edifice.As soon as you step into this pure Shrine, its ambiance will give you goosebumps, the alluring beauty of its structure made of gold will leave its traces in your eyes, the soothing and melodious sound of kirtan will calm your soul, transferring you in a pious state.This is the beauty of Golden temple that no one can escape of.

You will be amazed after reading its amazing facts like how Darbaar Sahib is a “must- visited -place” whenever you come to Punjab.So go ahead and read on!

1.The fourth Guru of Sikhs designed the architecture himself

It was Guru Ramdaas ji who chalked out the structure of the Golden Temple.Guru ji acquired land from zamindars of a native village and planned to build this Gurudwara along with the construction of city Amritsar.Later on, it was completed by fifth Guru Sri Guru Arjan Dev ji.As the city Amritsar got constructed along with the Gurudwara, that’s why it is often known as Guru ki Nagri.

Albeit, it was completed by Guru Arjan Dev ji, but its foundation was laid by Great Muslim Saint  Hazrat Mian Mir ji.With this action, Guru ji concludes that this place is not only for Sikhs, anyone can visit it irrespective of their caste and religion. 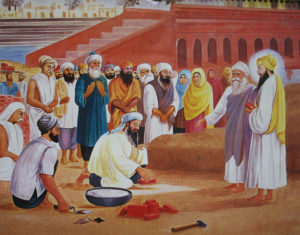 3.The four Doors and lower Structure

Golden Temple complex has got four doors(chaar dwar) which signify that any person of any religion come and can pay a visit to this holy Shrine.These four doors of Harmandir Sahib manifests different religion, caste, gender or creed of the world, and their openness shows the welcoming of all types of people in the world.The architecture of Golden Temple is built on a lower level purposely which shows that one has to eradicate ego and be humble while offering prostrate to the God.

4.The Parikrama around Shrine

Golden temple is built around Sarovar.At the one end of the main building, there is an entrance gate and between this gate and Main Complex, there is a causeway.The Parikrama around Darbaar Sahib shows the 8.4 billions of life.One will be going through this reincarnation until one will got human birth and make most of it.You can take it in a metaphorical way as one’s trips around sideways will end and one will finally get to walk on the bridge which leads to the Sachkhand, the main complex, situated in the center of Sarovar only after achieving the love for God.

Every day about 50,000 devotees are served free food in Langar Hall of Golden temple.All the volunteers do the service of serving the langar, some are permanent employees of Gurudwara while some do this volunteering for a day or for few hours.On the days of occasion like Bandi chorr diwas or any Shaheedi dihaara, the number of devotees goes up to 100,000.

Maharaja Ranjit Singh popularly known as “Sher-E-Punjab”  was the ruler of Punjab in the 19th  century. He aegis Golden Temple by decorating it with Gold and the marble work was also done under his reign.His name is still inscribed on the entrance of Golden Temple. The mosaics in the Golden temple around the walls are hand painted which represents the Mughal and Indian architectural. 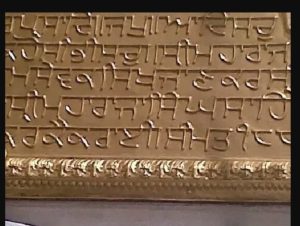 7.The Miri and Piri concept

Miri symbolizes the materialistic and temporal power whereas Piri signifies the spiritual power of the human soul.This concept was derived by Sikh’s sixth Guru Sri Guru Hargobind Singh ji who arrayed two swords as Miri and Piri which allude the above-described significances.The definition of Miri and Piri can be enacted to Golden Temple and Akal Takht Sahib. Akal Takht Sahib called as the throne of Timeless one was built by Guru Hargobind Singh ji to address the political and temporal issues as Miri concept which shows the seat of God’s temporal authority and Golden temple implies the meaning of Piri holding the spiritual significances and regarded as the abode of God’s spiritual attire.