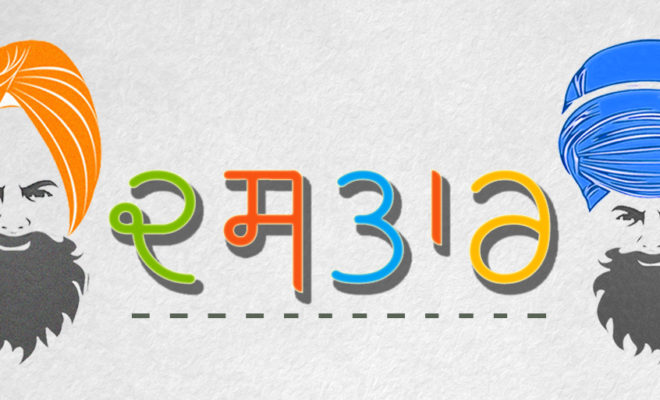 The turban is our Guru’s gift to us. Turban is and has been an inseparable part of a Sikh’s life. The turban has both spiritual and practical significance. For men and women alike, this projective identity conveys royalty, grace, and uniqueness. When you choose to stand out by tying your turban, you stand fearlessly as one single person standing out from six billion people. In many families, when a boy reaches a certain age, he is taken to a Gurudwara and there, in the presence of the Guru Granth Sahib and following Ardas, his first turban will be ceremonially tied on by the Granthi, an elder relation or another Sikh elder. The Granthi will explain the importance of keeping long hair and wearing a turban.

The turban of a Sikh is a gift given on Baisakhi Day of 1699 by the Tenth Guru Gobind Singh Ji. The Turban is such a crucial article of faith that many Sikhs consider it to be more important that all the other Ks. Turbans may be of any color, and is tied in many different ways and styles.

All Sikh Gurus wore turbans. The Sikh Rehat Maryada (Sikh Code of Conduct) specifically says that all Sikhs must wear a turban. According to the Rehatnama of Bhai Chaupa Singh, who was a contemporary of Guru Gobind Singh Ji, the five Kakars of Sikhism were: Kachh (a special underwear), Karha (a steel bracelet), Kirpan (small sword), Kangha (comb) and Keski (a small turban).

Turban is the part of our life and a unique Identity.

I am Jaspreet Singh. I am Master's student at Dalhousie University - Halifax (Canada).